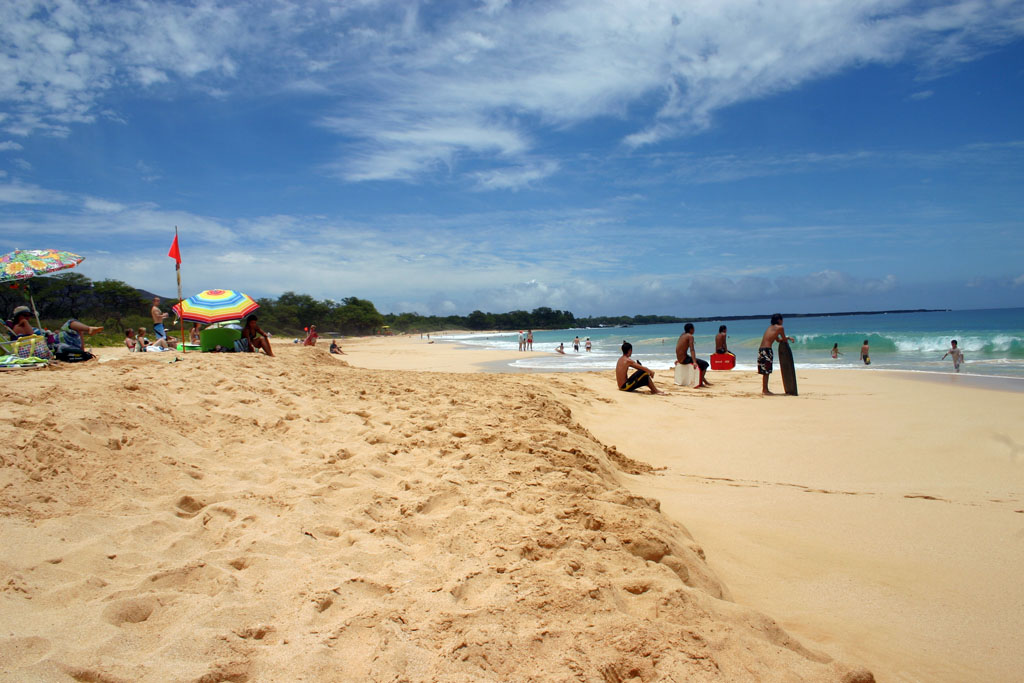 In a nutshell: Big Beach is a beautiful, long, wide, undeveloped sandy beach. Impressive, with huge views and a large shore-break. Big Beach is a must-see.
Minuses: A wicked shore-break exists here when the surf is up that can be dangerous for the inexperienced.
Sound-bite: [monster crashing wave]

DETAILS:
One of the most outstanding beaches in Maui. Big Beach is well over a half a mile long, and is also uncharacteristically wide by Maui standards. That means loads of real estate to stake out your claim, and this beach, while always drawing lots of people – is never so crowded as to be packed.

Big Beach is not the official name of this beach – but it is the name which it is most well known by. Other names for this beach are: Makena Beach and Oneloa Beach

Let me start by saying this: don’t let the warnings below scare you off – even if you don’t swim well, this is not a beach to miss from sightseeing standards alone.

Sign on the lifeguard stand warns people not to go in unless they are experienced using this beach.

Big Beach has a significant on-shore break that can be downright brutal when there is a large south swell. This is never a beach that is safe for small children or inexperienced swimmers. Adults might want to think twice during high surf, as well. 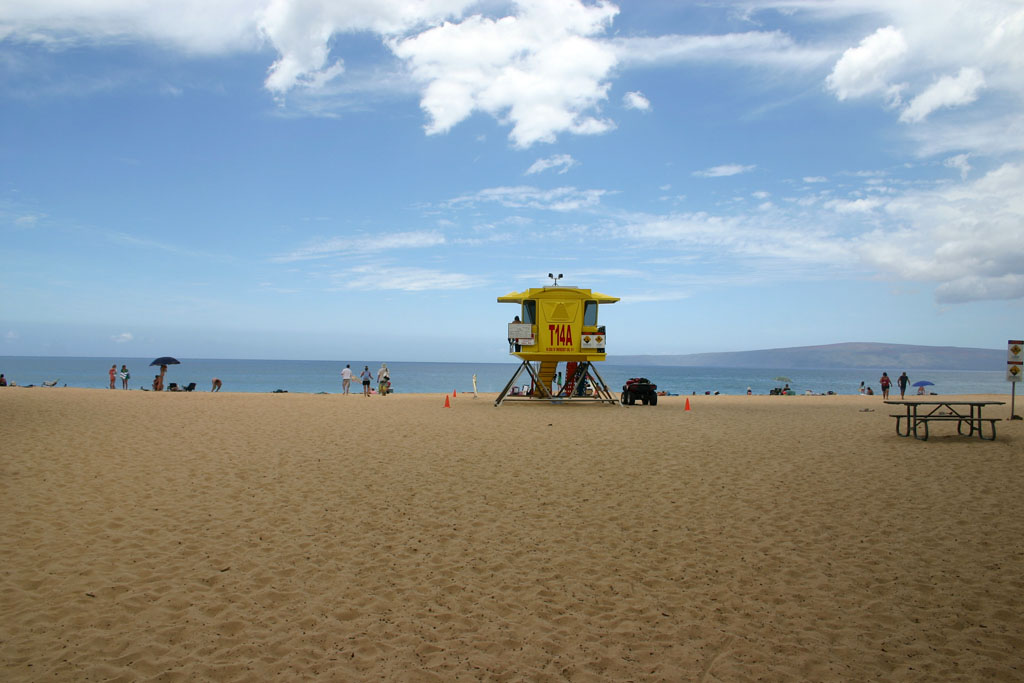 In recent years three lifeguard stands were added. If any beach on Maui should have had lifeguard stands, this is it. This is one point glossed over in most guidebooks, and is very important that visitors know: the waves here are often big, and powerful. The shore break crashes right at the water’s edge, and you should always enter the ocean here cautiously. If in doubt, consult a lifeguard. 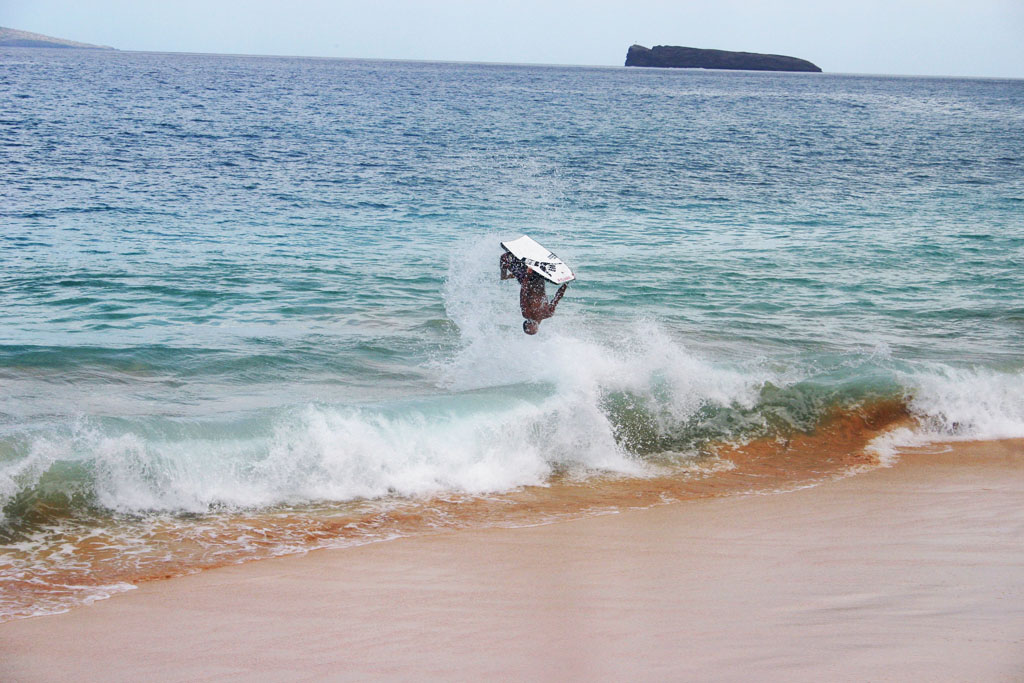 When the surf is up, you’ll also be front-row to the most extreme boogie boarding you’re likely to see during your visit. The photos below were taken during the tail-end of a receding south swell. 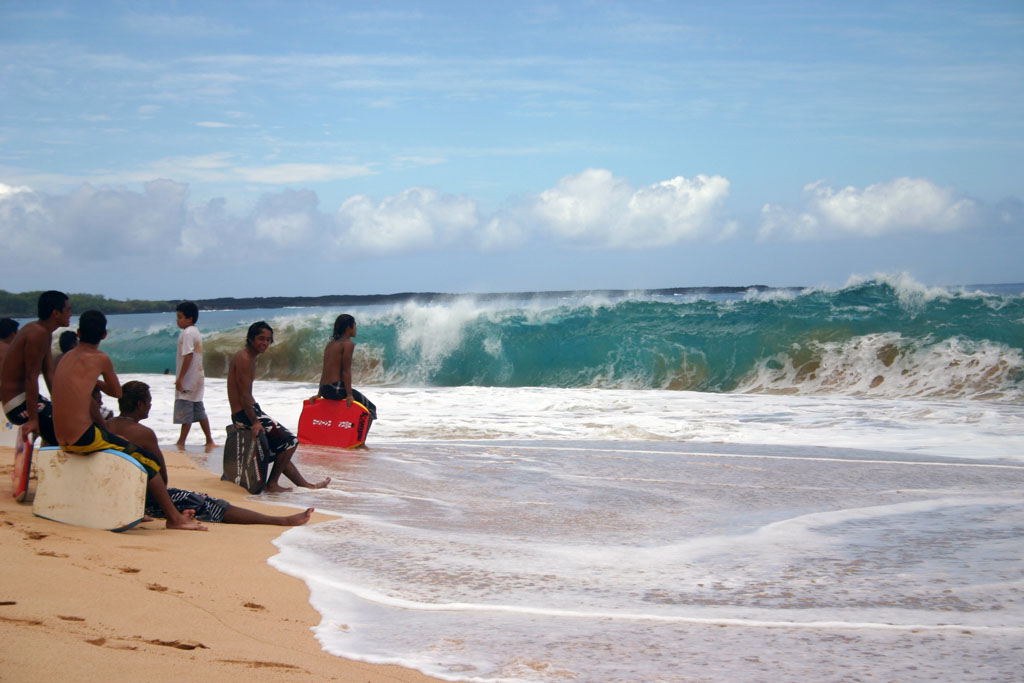 There are also a handful of food vendors that operate out of trucks inside and just outside the park. Jawz Tacos is usually in the parking lot and you really can’t do wrong with them, they’re particularly ono.

Access to Little Beach, perhaps the most famous nude beach on Maui, is from Big Beach. (see the Little Beach page, which also has a nice helicopter-shot video of both beaches.)