Scenic beach park with much cultural significance. Sand and ocean conditions vary greatly depending on season.

In a nutshell: Scenic beach park with much cultural significance. Sand and ocean conditions vary greatly depending on season.
Minuses: Currents become dangerously strong and the beach deteriorates for many months of the year.
Sound-bite: “Is that Oprah?” 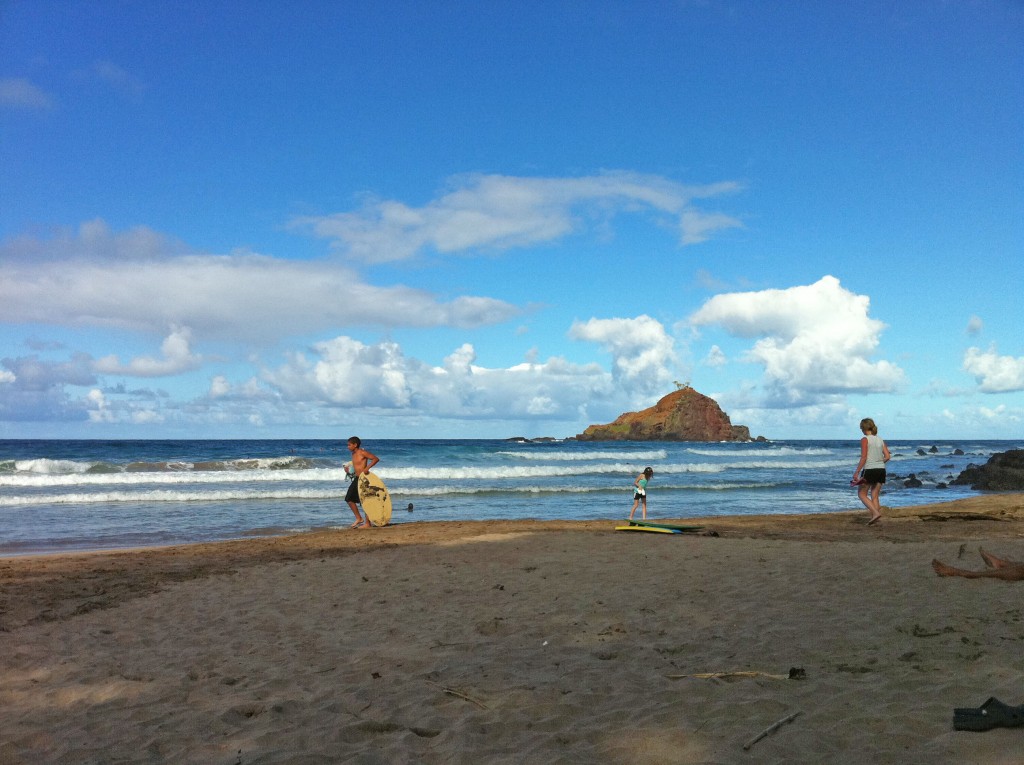 Summary
Koki Beach changes radically throughout the year. In the summer months, a wide sandy beach is deposited, and surf and currents often mellow out to allow safe water use. In the winter, much of the sand is taken away by the ocean, leaving a mix of sand, cinder and boulders to accompany dangerous ocean conditions.

Cultural significance surrounds Koki Beach on all sides. To the north is Ka Iwi o Pele (literally “the bones of Pele”), which is a large red cinder hill where Hawaiian Mythology tells the the bones of Pele were left after a fatal battle with her older sister. (In more recent times, this hill now belongs to Oprah, as part of a 105 acre parcel that she bought from Hana Ranch in 2002.)

Look toward the ocean from Ka Iwi o Pele, and you’ll see the Leho’ula sea arch. The island visible across from the the south end of Koki Beach is ‘Alau Island – with its cap of coconut trees, it is a favorite place for 'iwa to flock. It is said that this island was once used by Hawaiians as a place of sacred study. 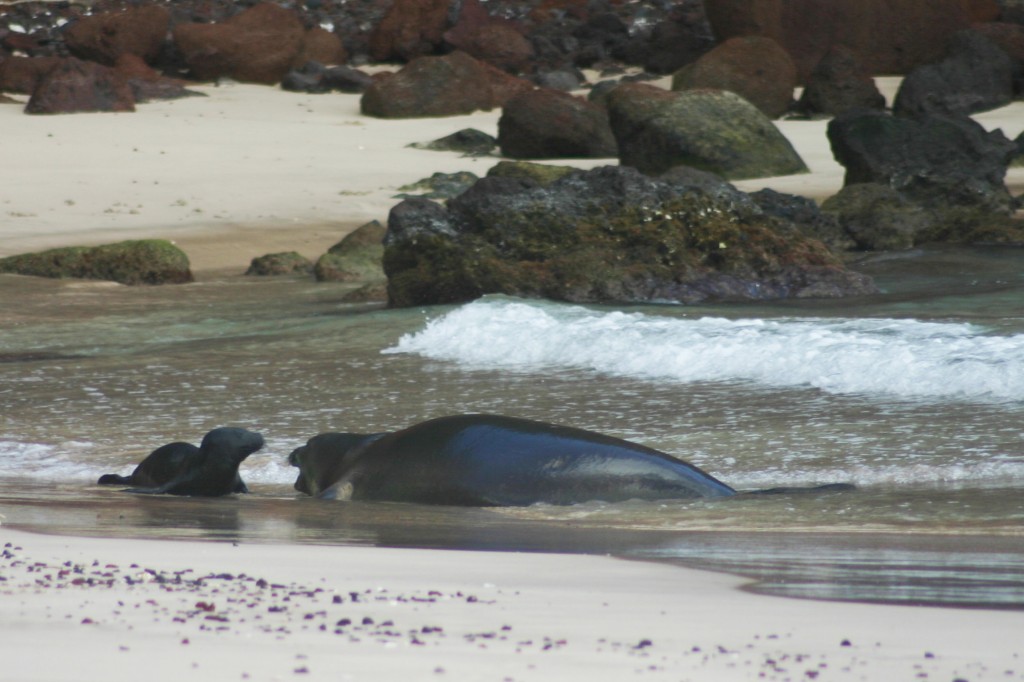 Just south of the beach are two Hawaiian fishponds that date back to pre-contact. The larger pond is called Haneo’o and the smaller Kuamaka, both of which are privately owned and maintained by members of the Hana community. (More detail on the Haneo’o Fishpond.)

Between the fishponds and Hamoa Beach are beautiful tidepools – stay away form the tidepols when the ocean is not calm.