An old Hawaiian village sits on a dramatic finger of lava.

In a nutshell: An old Hawaiian village sits on a dramatic finger of lava.
Minuses: No beaches or swimming.
Sound-bite: “Is it the third Sunday?”

The Ke’anae Peninsula is a dramatic half-mile long massive finger of newer lava sticking out from the cliff line of the Hana Highway. Well before coming to the turnout, you will have ogled at the scenic peninsula from the many lookouts along the road. 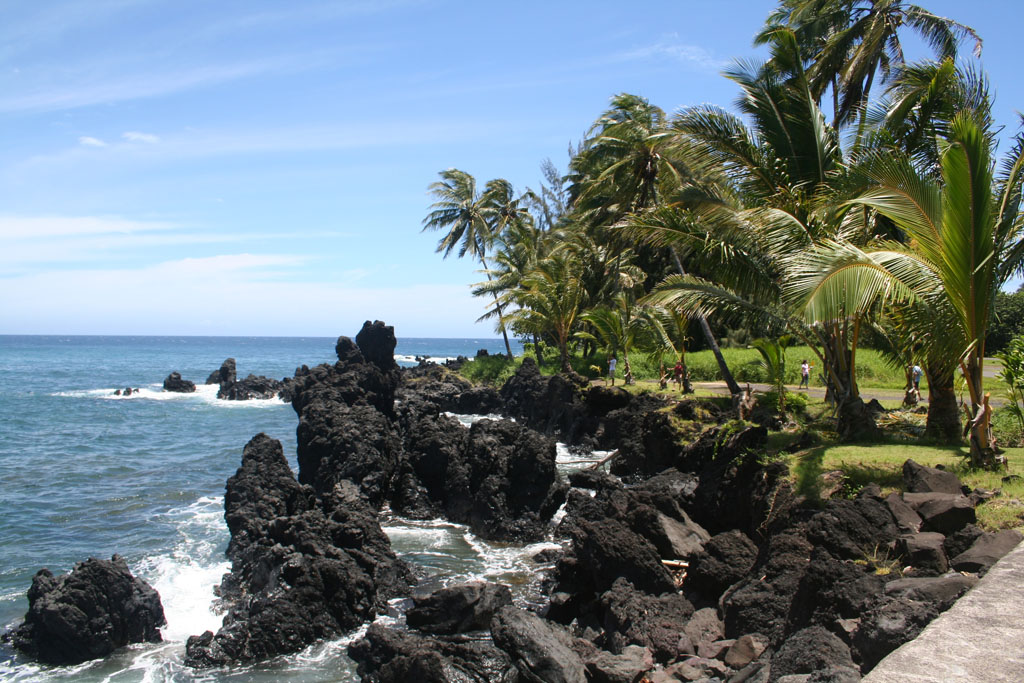 The Ke’anae shoreline is as rugged as it is picturesque.

Historically, Ke’anae has been a taro producing Hawaiian village, and much of the land is in taro lo’i today. It is told that the dirt was brought down here basket-by-basket. This story may very well be true since the area is young lava rock, created quite recently (geologically speaking) in a massive flow from Haleakala.

On April 1, 1946 the area was almost completely destroyed by a tsunami generated by an 8.6 magnitude earthquake off the coast of Alaska. Sadly this tiny low-lying village lost 20 children and four teachers to the massive 35′ waves. The only building left standing was the
Lanakila Ihiihi O Iehova O na Kaua Church (Sacredness, Success of Jehova, the Son of God.) This picturesque church was built in 1856, and is now known as the Ke’anae Congregational Church. 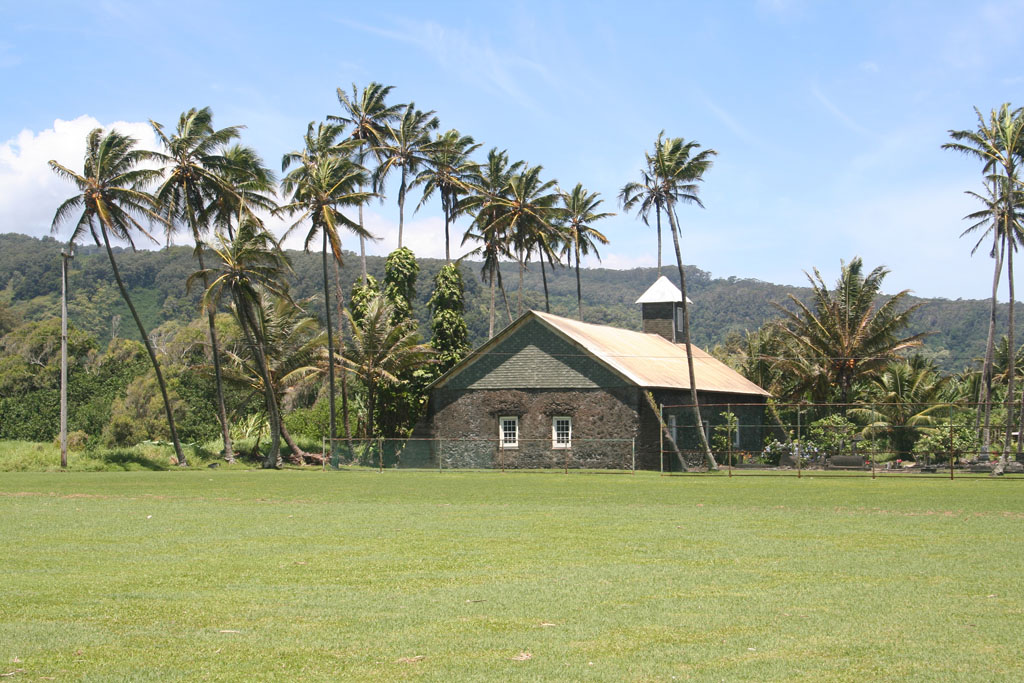 There is no sandy beach in Ka’anae, and the ocean is rugged and dangerous. Don’t try to go for a swim here.