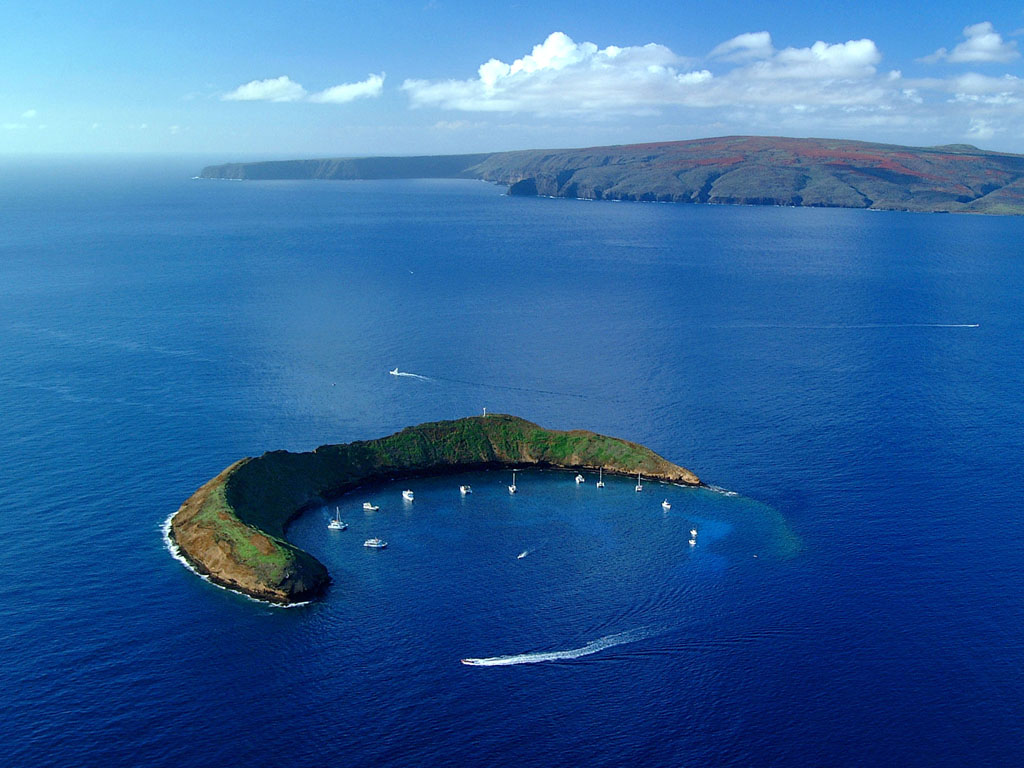 Many guidebooks (including the most popular one) incorrectly attribute Molokini’s crescent shape to wave action – however, those familiar with the ocean here might notice a big problem with that theory:

The side that takes the brunt of the relentless pounding is the same side that’s still standing!